What the heck is APRStt? 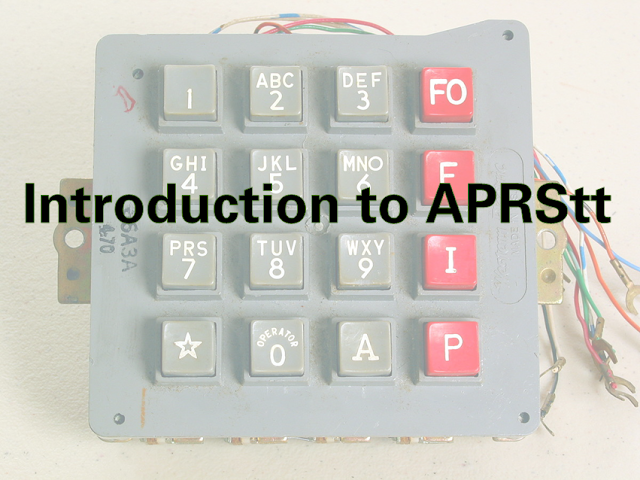 What is this article about?

APRS stands for automatic packet reporting system and "tt" stands for "touch tone".  Most "radio hobbyist" people have heard of these two acronyms before, but not used together.  The goal here is to explain simply how APRStt works.

APRS typically uses analog 1200 baud AX.25 communications that in its most simplistic form, is not very different than how modern internet works. There are headers, body, routing and other message portions that help identify, deliver, acknowledge and add value to a sent or received message.

APRStt by comparison is only made possible by some infrastructure that can decode a string of touch tones known as DTMF. Dual tone multi frequency is the same as found in telephone communications for more than 50 years.

When you press the appropriate button, your radio sends a combination of two tones below at the same time, such as the "5" key would generate both 770 Hz and 1336 Hz. 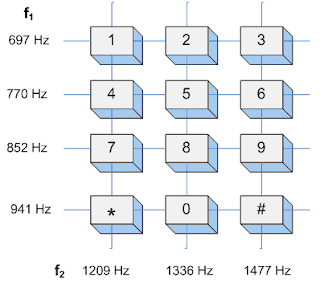 When a radio user transmits the appropriate tones, the receiving infrastructure can decode these tones and convert them to useful information such as location and status reporting that can appear on a computer screen or certain radio equipment. That essentially is how APRStt functions.

Most any radio with a keypad will include DTMF functionality and thus offers a unique capability for control or reporting via APRStt if you have the necessary receiving infrastructure from even the most inexpensive of radio, like the popular Baofeng UV5R.

Use Case #1 for APRStt: Remember the game "Battleship"?

One great example to help explain APRStt is the classic game of "Battleship" where players ask the opposition if they have a ship located in a letter and number sequence grid, such as "B5" or "FOXTROT 9". Since this is a known location on the game grid, its easy to confirm location and score either a hit or a miss.

APRStt can work the same way.  If you transmitted a DTMF string such as *13316248302228#, that would translate to the callsign N2HVD along with maidenhead grid square of FN31.   The maidenhead system is used just like GPS coordinates, but offers a more general location in a 70 by 100 mile box.

Today, there is a satellite called PSAT2 that offers the ability for a ground user to transmit a formatted DTMF sequence on 145.980 MHz and if that message is received by the satellite as it passes overhead, the ground user will hear a computer voice acknowledgement on 145.825 MHz to confirm the contact  exchange.

Use Case #2 for APRStt: Supporting a local event

Being able to share location information like this can be applied to many real world applications such as for finding people at a special event like a large festival or even a race where not everyone will have an expensive APRS radio, but does have a DTMF capable radio.

Here is an example by the inventor of APRS, Bob Bruninga WB4APR as deployed at the Dayton Hamvention in 2010.

Making APRStt work for a marathon or other race?

Rather than thinking in terms of a location grid, another way to use APRStt is to set predefined locations long a race route which matches GPS locations.

When a user transmits a number sequence, the infrastructure can receive a DTMF string which may identify a race mile marker, athlete status, health condition and unique "bib" number.  Here is an example as set up for the upcoming United States Military Academy triathlon. 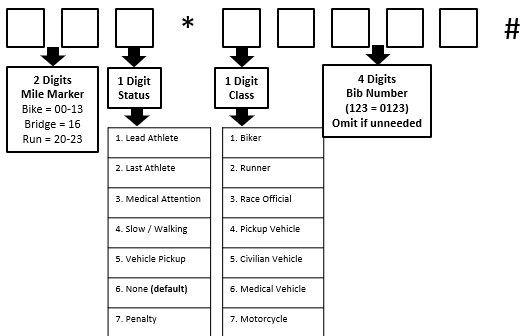 How to make your own APRStt infrastructure?

In a follow up article, we will detail how to combine a radio with a computer interface along with the appropriate software to create your own APRStt infrastructure for your own local area or special event.

Please follow the N2WU.com blog for more on the technicals behind this with a special focus on the software and tips on ensuring a fully functional system via lessons learned by the 2021 USMA Triathlon which is taking place on August 15th 2021.