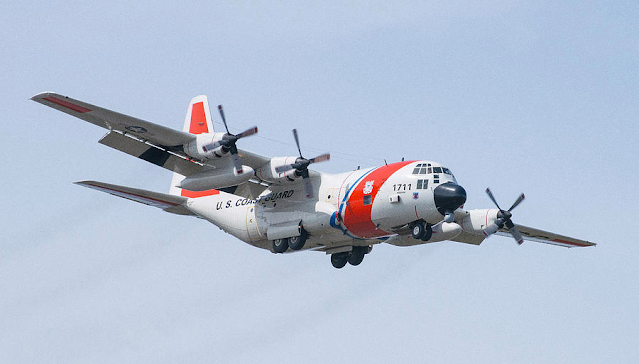 Published back on February 17th 2021, my article on "Analyzing Frozen Air Traffic in the Hudson Valley" got some attention thanks to the most excellent RTL-SDR.com blog a few days later.

Today I was inspired to write this follow up after returning from a COVID safe family trip down to Arden Point this morning after hearing (and seeing) a United States Coast Guard HC-130J overfly our position this morning around 10:30 AM local Hudson Valley Time (HVT).  This volkssport activity helped clear our heads after watching Coming 2 America the night prior.

Sadly the above photo is a stock photo and not of the actual USCG aircraft that overflew us while enjoying the nature just to the south from United States Military Academy at West Point, as shown here on APRS.fi

The author of graphs1090 named weidehopf of whom I used the graphing software to generate the charts in my original article sent me a private message to adjust my gain downward and find a balance between messages received and distance of furthest aircraft since my signals over 3dbm were WAY too high.

When I moved in 2019 roughly 20 miles south of my prior location, I mistakenly left my gain set to AGC which automatically adjusted my system gain since my antenna was not in an optimal location for ADS-B compared to what is installed now.

Changing my setting from the default AGC to a figure of 24, here is the before and after difference in received messages. No adjustments to the hardware or antenna have been made.

It is a pretty remarkable difference in number of total ADS-B messages received, almost 2.5x times more in fact.

But, usually there is a trade off when it comes to maximizing the distance received and is something I have intentionally tried to manipulate so as to avoid some of the heavier airtraffic to my south via KJFK and KLGA worrying that my receiver may get flooded with too many messages.

For the same calendar period as above, here is the results by reducing my gain. 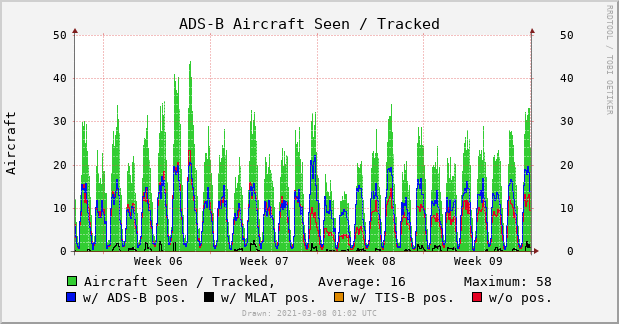 So for the first few days after adjusting my gain much further, I raised it up ever so slightly based on the guidance of weidehopf via the information found in that Git repository along with further reading on the FlightAware message boards.

I found my perfect balance of messages, aircraft and range now, so thanks for that tip. 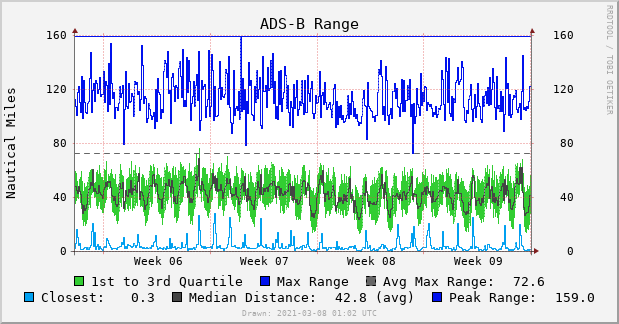 You can see here the signal levels and where I made my initial adjustments and then increasing them slightly after a few days where I found the perfect setting which has been untouched for the last two weeks in the below chart. 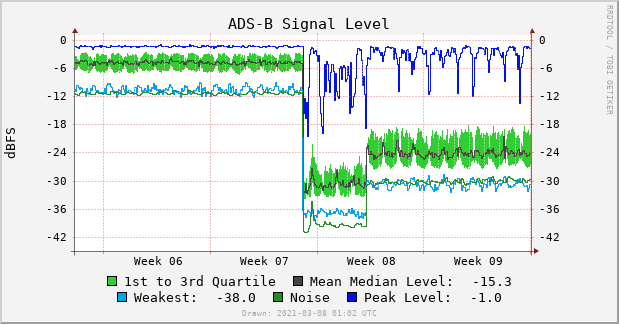 The most important benefit to optimizing the gain setting aside from drastically increasing my total messages received has also been a boost in Raspberry Pi performance.

The total CPU usage has decreased a good amount which also lowered the core temperature during certain times of day. 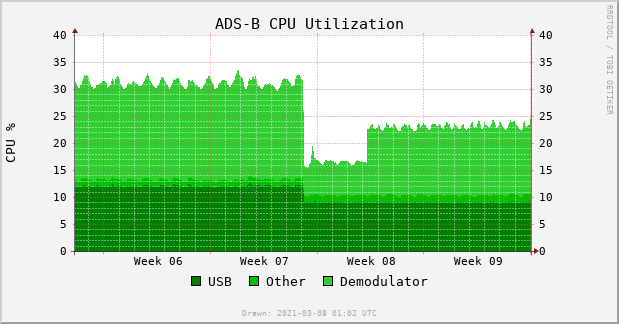 Since I am only using passive cooling via a heat spreader and metal enclosure, my maximum core temperature now seems to track against major peak times of ADS-B traffic rather than stay at a more steady level.
This may be interesting to reevaluate once summer temperatures arrive given the receiver is located in my attic for maximum height without going outside due to diminishing returns for effort needed as mentioned in past via Line Of Sight: Aircraft Edition. 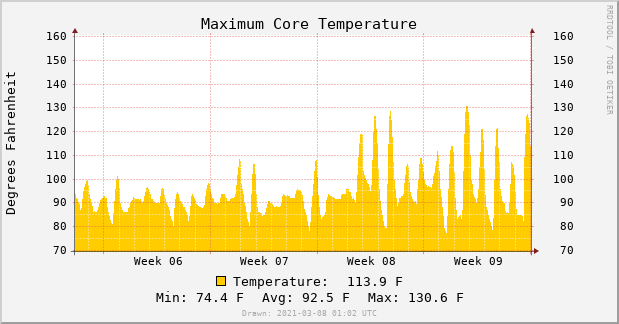 If you missed it, the moral is, more gain is not a good thing. Use a visualization tool like that offered by Graphs1090 to fine tune your ADS-B system for maximum benefit and enjoyment. Hope you enjoyed this explanation. Here are some past ADS-B related HVDN articles...
Posted By Steve Bossert K2GOG No comments:

What's in the bag? EDC & SOTA Tips from KC2BNW Another excellent video over on The Farmacy Seeds Network highlighting more convergence between the outdoors and amateur radio.  Jonathan KC2BNW last appeared on CJ  KD2IIN's show when he was remote at Sam's Point in February and joined by Steve K2GOG at home.

Following that video where Jonathan showed us his gear in use, Steve took us on a tour of some of his kit.  To go one better (maybe even three better),  this latest TFSN episode goes into depth on every day carry and field pack organization.

Be sure  to watch the first hour for things not related to amateur radio, but the below like will get you right to radio focused discussion if that is what your more interested in.

Posted By HVDN Team No comments: 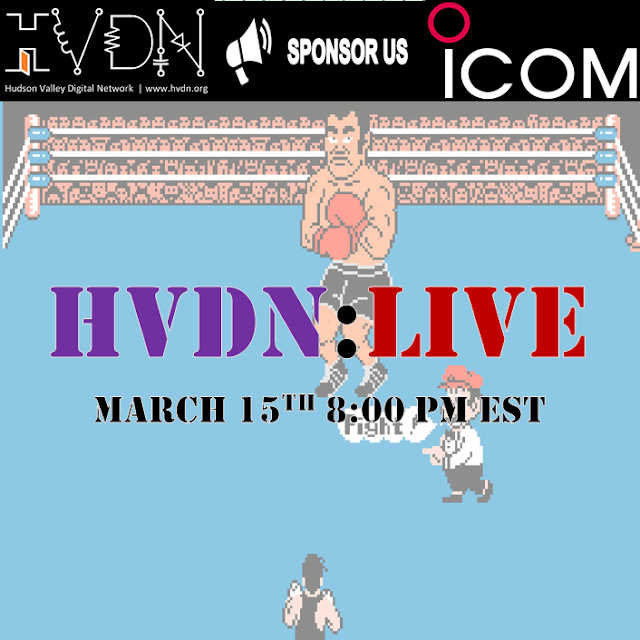 On the 8:00PM EST March 15th 2021 episode of HVDN:LIVE, we will take the Icom IC-9700 and IC-705 for a in depth conversational review thanks to Neil W2NDG as moderator with Jim WA2UMP and Steve K2GOG trying to defend reasons why to or not acquire either of these radios.

VHF/UHF is NOT just FM repeaters

This review is not going to be a product endorsement in any way, but it just so happens that both of these radios do not have any direct current production competition, so that is why we are stuck with making this an Icom focused discussion.

The goal will be to highlight all the interesting things you can do on VHF/UHF aside from only talk on repeaters.

Both the Icom IC-9700 and IC-705 will be in full view during the discussion to ensure we provide fact rather than fiction for both radios. It will be really fun!

Basic flow is going to be:

If interested in attending on March 15th at 8:00 PM Eastern Time , please join using http://meet.jit.si/hvdn/livemarch15th2021 and use the password "hvdnlive"

This event will be recorded for later playback, but anything live is always better than a recording, so be sure to check it out and get your questions ready for Neil, Steve & Jim!

Feel free to drop some questions below in advance!

Posted By HVDN Team No comments: