SSTV: Images from the ISS 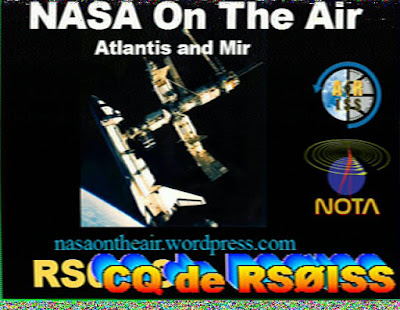 Slow Scan Television or SSTV for short is a method of sending images over very narrow wireless bandwidth with fairly good color resolution in a short amount of time.


How To Receive SSTV Images?

There are two inexpensive ways to receive and decode an ISS SSTV transmission that can be done with less than $50 of equipment, not including the cost of your computer or smartphone.

Wide band software defined radio (SDR) receivers such as the RTL-SDR v3 can be used for many things, including the reception of signals orbiting above you and around you.

Other things you can use this 24 MHz to 1.7 GHz  "SDR" receiver for include finding your lost car key remote, monitoring smart home devices, listening to weather, music and so much more.

With free software such as SDR#, its possible to record a "visualization" of the signal for later playback and decoding of SSTV signals. The same signal can also be sent from SDR# to MMSSTV software in real time for decoding of the SSTV transmission. 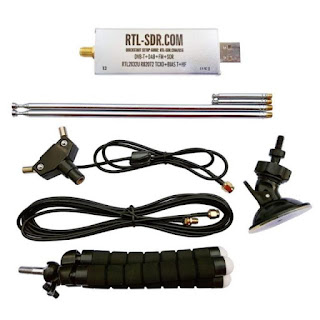 A basic dual band hand held radio can be purchased for about the same price or less as the receive only SDR but will also offer the ability to transmit on a narrow range of amateur frequencies also used by the ISS as well as by over 2,500,000 amateur radio operators globally.

A very simple way of decoding a SSTV transmission is to simply hold the radio next to your smartphone while running the Robot36 application found on in your favorite mobile app store. By turning the radio volume up, the microphone on your smartphone will hear the SSTV signal and decode it. Sample signals to listen to are found later in this article.

The application will decode the received audio with no physical connection to the radio which makes this very easy to demonstrate for those not very computer savvy. 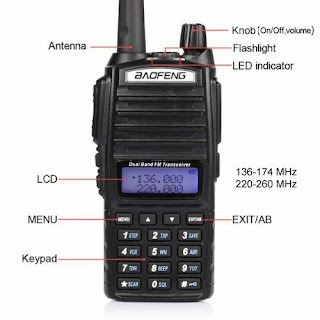 While any combination of radio receiver and computing device can be used beyond the examples provided, antennas are just as critical if not more so for receiving the best signal possible.

Having what is called a good "Signal To Noise Ratio" or SNR is needed to help differentiate white noise and static from the actual SSTV signal.  Any interference to the SSTV signal will just look like static like on a television screen, so a good antenna helps increase the SNR and produce a better picture

The good new is that the ISS SSTV signal is often very strong and easy to pick up with basic antennas, but a high power directive antenna is a good idea for optimal reception since it will focus the maximum signal strength from the ISS into your radio.

While good reception results will often be had with the including telescoping dipole antenna with the RTL-SDR V3 or the longer "whip" antenna included with many of the inexpensive hand held analog radios such as the UV-8, a directional antenna is a good idea to consider.

Some options that can be purchased separately made by companies such as Nagoya, Comet and Diamond are easily sourced for VHF only of VHF/UHF operation.

It is best to pay close attention to what type of connector on an antenna like this can be used with your radio as they are not all the same.


An alternate and higher gain antenna called the tape measure yagi beam can be constructed with simple hand tools and materials for less than $20.

There is also a ready made antenna available for purchase from the Arrow Antenna Company as well as the Elk Periodic from vendors such as Ham Radio Outlet. 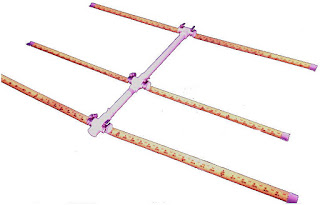 The beam antenna is a great club project or one for a few like minded hobbyists. Many can be constructed quickly at one time if people work together in cutting and preparing different parts of the antenna for final construction..

What does a SSTV signal sound like and how do I find it?

In order to know what to listen for, below are three very good signals and the resultant decoded image.

Feel free to try decoding these files with the MMSSTV or Robot36 applications to get familiar with the software since you do not want to miss the fast traveling ISS the next time they are transmitting SSTV images.

To find out when the ISS will be over your location next, please visit AMSAT.org for more information about tracking the ISS, satellites and other interesting space related amateur radio topics.

How about SSTV with an SDR?

A nice feature with the SDR# software is you can play back a recording of spectrum at any point in time.

This is also called a base-band IQ file and was discussed in prior articles about receiving voice transmissions from the International Space Station.

This file is a base-band IQ file for the "Atlantis and Mir" SSTV image to help with your own testing.


Share your success stories, questions and comments below.  Thanks for reading!