The small OLED display that comes as part of the ZUMspot and its spawned derivatives is not a good size for use in the car, so here is how to add a larger display to your hotspot.

Be careful what you buy! Nextion and TJC displays look the same, but are not the same! Some are marketed as Nextion compatible. Just be sure you know what you purchase. Nextion is an international version and TJC are China only.

If you speak/read English, you may want to customize the screen layout, be sure to purchase a Nextion original and not the TJC one, unless you want to learn to use the same editing software but in Chinese.

Think carefully about what size display you want. The available sizes for TJC and Nextion displays  have some different options, probably to help avoid confusion for buyers. Same with part numbers.

Wiring Up the Display

The Nextion and TJC displays often come with the mating connector for the display and pin connectors that fit on standard headers in use on Raspberry Pi and other devices. Here is where you connect those wires to the Nextion named set of four pads. 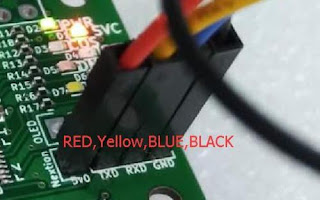 The Nextion and TJC displays offer two different way to get a file like the below loaded into the display. All that is being sent from your JumboSpot type device via the TXD and RXD wires is data that relates to where it should show up on the display.

Easier:  Use the micro SD card on the back of the display to load an image to the screen. 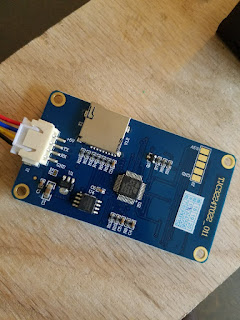 Harder:  Connect and upload the *.tft or *.hmi files via a SSH connection. Not providing instruction for that here.

Here is what a sample screen would look like for use with the JumboSpot or similiar type of hotspots. However, this same sort of display can be added to any other hotspot or repeater controllers that are based on the Raspberry Pi. 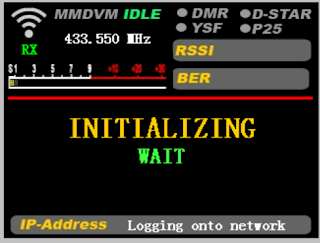 There are existing screen files on a Facebook group for different size displays to use as starting points for your own customization.

Getting The Screen To Work with the JumboSpot

Log in to the Pi-Star interface and change a few parameters.

That should be it. Its a somewhat intuitive process to get this working. Any stumbling block may be spent more on picking the right size and manufacturer screen and finding an overlay you like best or making your own.

There are 3D printed inclosures available on E-Bay for different size displays as well as for those ready made to work with the JumboSpot.

After a few set backs, HVDN is proud to announce we will start having formalized in person meetings later this summer in the Rhinebeck, NY area. There will also be a rotating quarterly lunch or casual gatherings across the Hudson Valley for those who can not make the monthly meetings.