How do I get my DMR recordings? 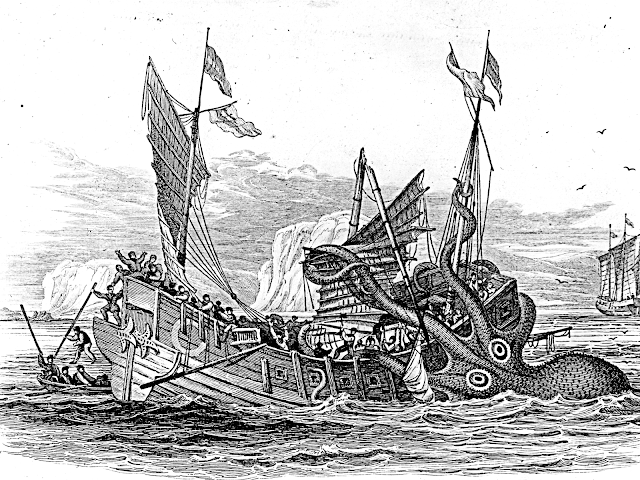 Kraken is coming and we all need to prepare for its arrival.  On Tuesday October 19th 2021, Steve K2GOG was invited to the North Star Digital Net to give a quick chat about what does it do and why its important for the future within the broader topic of "software defined radio".

A few people who could not attend the live discussion had asked Jim WA2UMP and Steve K2GOG to see if they could record the audio presentation.   This is a fun problem that needed to be solved first to start this article, so read onward!

How do you record DMR audio?

Steve K2GOG planned to use his Alinco DJ-MD5XTG to talk via his hotspot which reaches the Brandmeister 31630 (STEM) talk group.  A nice feature with this radio, as well as the popular Anytone AT-878 series of radio, is that it can record transmit and receive audio with timestamps and by who was speaking.

Its easy to scroll through recorded audio files one by one or play all your recordings on a loop to play them all in order. This could be helpful if you thought you may have missed some important scheduled discussion or activity on your favorite talk group.

One annoyance is that the recordings save to internal memory on the radio instead of a micro SD card, like on radios such as the D-Star focused Kenwood TH-D74 or the Fusion based Yaesu FT-5DR.

Both of those radios and even the Icom IC-705, all require the user to remove the SD card from the radio to access recorded audio but that makes it really easy to access those files  on your computer and send them to someone to share interesting transmissions like during a satellite contact.

In the case with the Alinco and Anytone, you need to connect up a cable to your computer to access the recordings but you can not pull those files off which is super annoying. The manufacturers software seems to lock this function out but would otherwise clearly support this as pictured below. 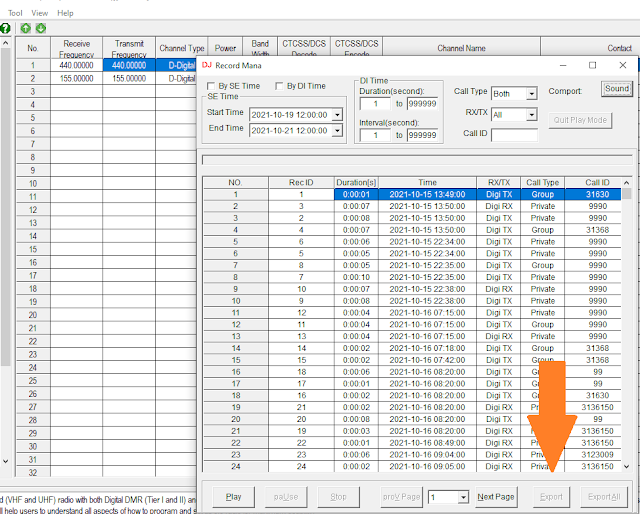 If you click any of the files listed in photo above, the recording simply plays through the radio speaker but we are no closer to sharing the recordings.

The Alinco DJ-MD5 series of radio uses a simple USB micro cable to program the radio but does not output audio.  The way to solve this problem is to use the headphone port on the Alinco which uses the standard 3.5mm plug found on most all consumer headphones.

Using a 3.5mm stereo to stereo cable, the other end plugs right into the microphone jack on your computer sound card.  If you have a modern laptop which uses a TRRS (Tip, Ring1, Ring2, Sleeve) style connector, you may instead need to use a USB sound card as mentioned in Steve's explanation video below.

Now that we have that problem solved, you can use a program like Audacity with the sound activated record function enabled to "re-record" the audio from the radio to your computer.  While this takes a little while to do, it lets you easily stitch together the audio segments you want with no gaps.

If you are over a certain age where you may remember double cassette recorders, this activity may bring back memories of less technological days when you had to get creative to make a mix tape from "borrowed" cassettes or maybe songs off the local broadcast station.

Hopefully this modern solution may give you some ideas on getting more from your DMR radio.

Getting back to Kraken

After all that, now we can finally get to the recording you might have missed!

Here is an MP3 recording mostly of the segment from Steve K2GOG.

It sounds like he missed a few parts but is otherwise complete. It looks like a time intensive operation to click on all recordings in order, so bear that in mind if you wish to do something like this yourself.

The recorder function works on any "over the air" DMR signal, so using it also to record simplex activity like what took place during the NEARFEST on US national DMR simplex of  446.075 MHz on time slot 1, color code 1 and talk group 99 is another idea.

But, if you plan to record audio from Brandmeister you can also just use the "Hoseline" function and route that audio from a talk group into Audacity just as easily using virtual audio cables.

And with that, I hope you are looking forward as much as Steve is to getting the new Kraken once its starts shipping in March 2022. 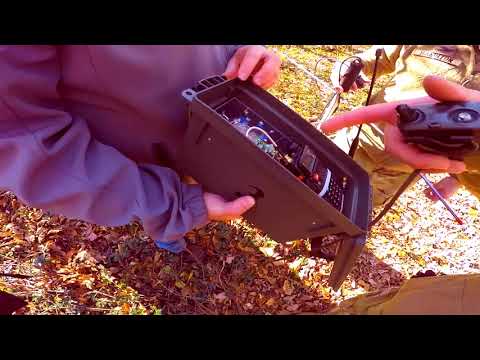