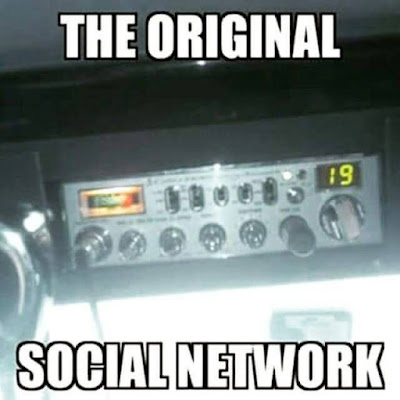 In other parts of the world like the United Kingdom and much of Europe, it has been possible for legal use of FM mode using 27 MHz Citizens Band for many years.

The United States has not made any major changes to its unlicensed radio services since the introduction of the 5 channel VHF MURS plan starting in 2009 and fully adopted in 2014.

Opening up the use of FM on the "CB" spectrum in the United States which currently uses AM and SSB mode is going to introduce some interesting dynamics if this long overdue change to FCC Part 95 is adopted.

There are actually a number of other things mentioned in the July 15th 2021 WT Docket No. 10-119 that may catch your eye beyond just the petition raised by Cobra and President, two very well known vendors of legal (and semi-legal) CB capable equipment made for the US market.

What the Memorandum Opinion and Order on Reconsideration Would Do:

More details can be referred to here via the official FCC document 374114A1
Drama Alert : Amateur Radio and Citizens Band
For anyone who has been around "radio hobbies" for a while, they know that there is a very cautious relationship between those that hold amateur radio licenses and those who enjoy citizens band operation, along with the space in between the amateur 10m band and the legal 11m CB spectrum.
There are many radios capable of FM operation already and available for sale to be used on 27 MHz and there are also a few radios that can be easily modified to support FM in addition to AM.  A few vendors like Midland and Cobra produce different models of radios for various geographic markets that often just need a small change on the inside of the radio and a different model number or label on the outside.
A great and low cost option to experiment with FM when it becomes legal to do so in the United States is via the Midland 75-822 or Cobra 45WX series of radios.
Posted By HVDN Team