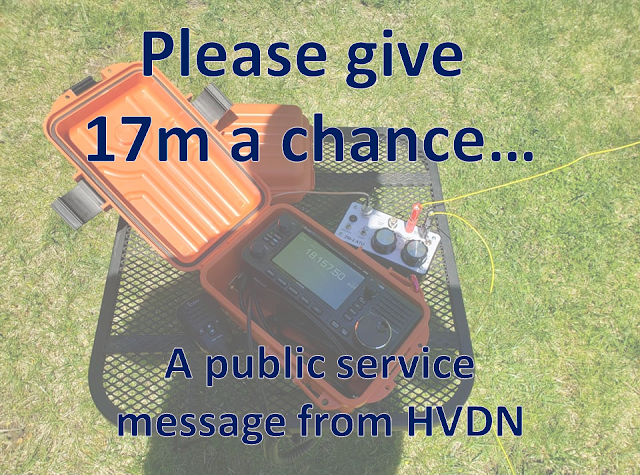 With nice weather finally returning, its time to take some green pictures of some outside operating compared to the last still frosty excursion with the Icom IC-705 promoting some upcoming combined IOTA, SOTA  and POTA activity here in the Hudson Valley via the Hudson River Radio Relay event on June 12th.

After some portable antenna discussion with Nolan KE8JCT who will be a guest presenter on HVDN Live scheduled for May 17th at 8:00 PM Eastern US time, I was tempted to build an even lighter antenna out of some really nice yellow Teflon 24 gauge wire acquired from the local candy store known as P&T Surplus.

While Nolan will be talking about the recent USMA Balloon Sat in a few weeks time with us, he is also very interested in portable operations and CW QRP!

There is a growing number of portable focused operators in the Hudson Valley like myself, Nolan, Jonathan KC2BNW and a number of others interested in the convergence of radio and the outdoors. 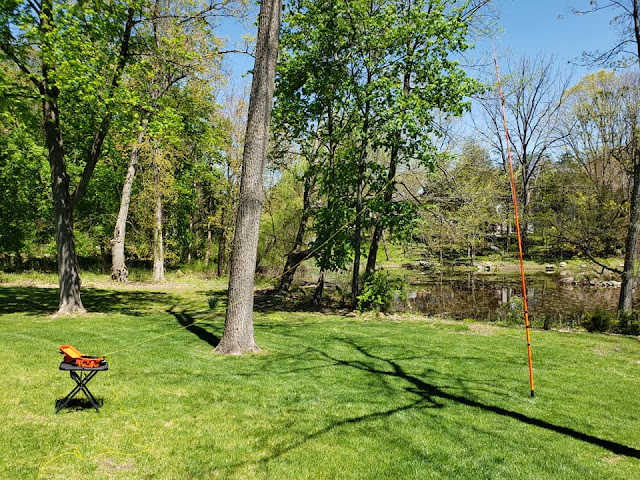 With a freshly mowed and goose poop free lawn for the moment at casa de K2GOG, I set up my just constructed "Lazy Linked Inverted L" to see how well it would work on 17m.  I needed a back up antenna for my pack and this seemed like a good idea.

This antenna which is supported by the 20ft version Jackite pole in orange is supported by a simple $4.99 Tiki Torch stake at the bottom with a piece of PVC that the pole slides over.

Dimensions for the simple 52 foot long chunk of yellow wire is as follows:

The SWR was about 3:1 on 17m, but the magical ZM-2 antenna tuner got things quickly under control at 1.2:1 to help maximize my 5 watts of RF outwards on 18.1575 MHz.  The "long" end of the antenna not visible in the picture was tossed into a nearby tree.

Admittedly, my first contact with this antenna had a much better station down in Texas that probably helped a little, but a contact is still a contact. QSL? YES!

Tom K5VWZ has a world class station and was able to pick me up out of the noise as documented by the recording function on the IC-705.

I really like this feature and how flexible it is, but to get the file off the radio still means I have to remove the SD card from the radio which is sort of annoying so I could trim it and convert to an MP3 to share with y'all in this article.

While this was far from an optimal antenna for 17m band and a dipole would have probably done much better, its still always amazing what low power communications without the internet can accomplish.

17m is your next challenge

Be sure to keep an ear on 18157.5 kHz USB as it is known as the 17m HFPACK calling frequency where portable people like me are likely to pop up, but usually not from the backyard.

During the upcoming Hudson River Radio Relay event next month,  expect to look for N2B located on Bannerman's Island (USIAP NY047) which has never been activated by radio before and also N2D, which will be operated by the United States Military Academy at West Point on Constitution Island that now has been awarded USIAP NY073 thanks to this event and its goals.

A few of the eight participating stations like N2B are also technically going to be part of Hudson Highlands State Park K-2079 which actually counts as separate parks such as K-5161 and which you will hear N2U operating on thanks to the PEARL club.  The Orange County Amateur Radio Club operating as N2O from K-2010 and possibly K-2081.

There is much more happening too, so hopefully this article excites you about 17m and some MAJOR upcoming activity across the Hudson Valley. 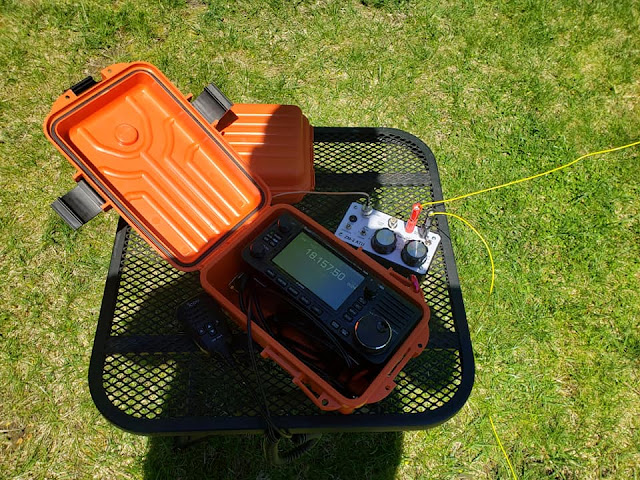