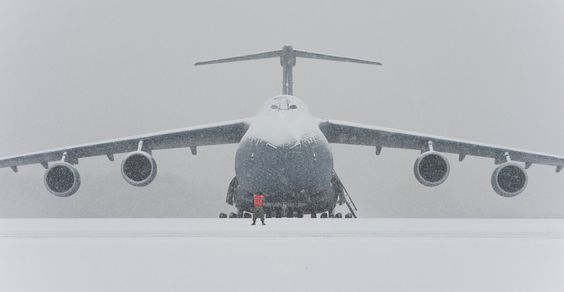 Ever wonder where airplanes are headed to and from?  The easiest way to figure this out is by spending about $30 for an inexpensive USB software defined radio (SDR) receiver and a small antenna designed to receive signals at 1090 MHz globally and 978 MHz in the United States. These systems are called ADS-B and UAT with some more details here.

The above chart shows all air traffic for about the last 30 days in the Hudson Valley as seen by the main HVDN ADS-B receiver located in Poughkeepsie.

See that huge drop off of air traffic on February 1st and 2nd?  That is easily explained by that HUGE snow storm that dumped more than two feet of snow across the region which the Overlook Mountain Amateur Radio had a constant weather reporting discussion on its wide area 146.805 MHz repeater locally here in the Hudson Valley.

While that chart only shows the number of transmissions made by aircraft that you can receive with something like the genuine RTL-SDR v3  or the optimized ADS-B version by Flightaware, here is what that looked like for actual individual aircraft. Sure looks like UPS and Fedex flying in and out of KSWF were busy just before the white stuff closed the airport. 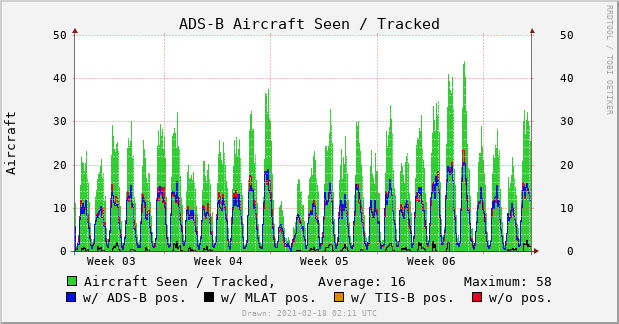 Any hobby that involves some sort of radio communication is a great way to also learn about database management, data visualization and data capture.

Keeping a Raspberry Pi computer nice and cool is important if you will be doing anything compute intensive and here is a view of the internal temperature of the one running the ADS-B receiver up in Steve K2GOG's attic.   Given how cold its been the past month, we can easily see it benefited the processor core temperature. 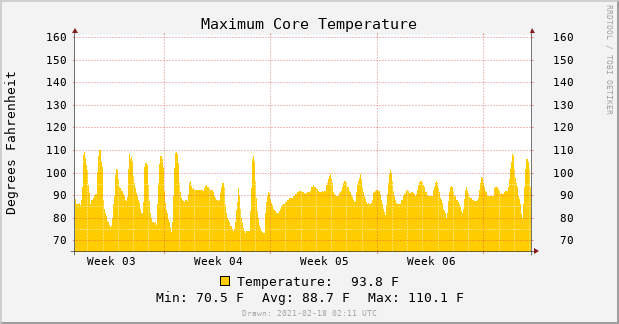 All these great charts and many more like it are courtesy of the Graphs1090 application that can run on a Raspberry Pi along with the ADS-B (1090 MHz) and UAT (978MHz) receiver software.
Special care long term needs to be taken though in storing data long term though since a standard SD card may get corrupted over time due to so many read/write cycles. Another lesson being learned in real time.

With the simple antenna and receiver, here is a visualization of the range of the receiver Steve has set up and shows four different tiers of range between different altitude boundaries. 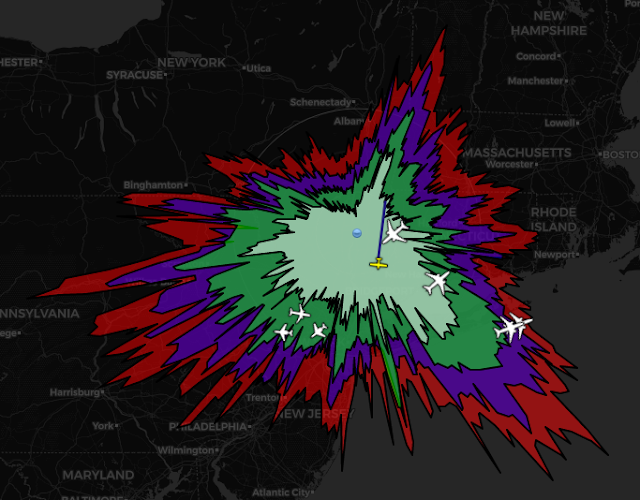 The inner most plot is for historical range received by any aircraft below 9999 feet and outermost red colored plot is for aircraft traveling 30000 feet or higher.

As covered previously in the "Line of Site: Aircraft Edition" article, there is not much that can be improved upon unless the antenna is moved much much higher, and is thus a point of diminishing return for the effort versus benefit gained.

You may notice not a omnidirectional pattern and that is due to a mountain range to the north west of the receiver location and a lower amount of air traffic in that general direction. 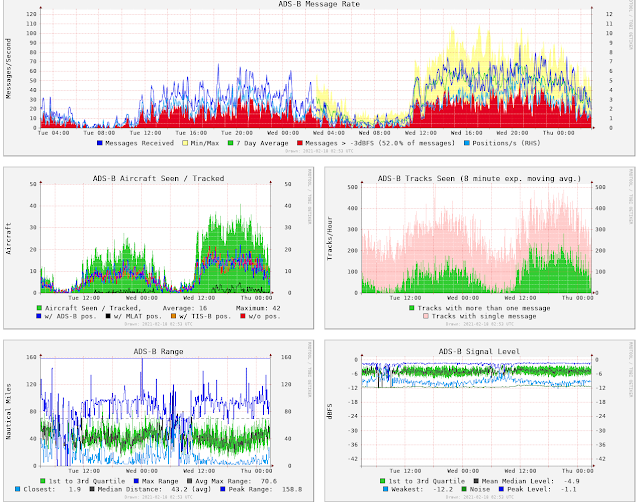 The above collection of charts shows just the air traffic over just a two day period between February 15 and the exact time of this article's publish time. Its pretty clear when there are more aircraft flying around, how far they are detected and even the signal level received.

For the most part, if there is an aircraft traveling in the Hudson Valley area, Steve's receiver can hear it!

The only way to improve the system is by placing other receivers at other locations and sharing that data in real time into the HVDN Locator tool built upon Virtual Radar Server.

Its easy to  combine multiple receivers into one view and even go back and filter what each receiver was able to hear by itself or as part of the wider network.

If you live somewhere in the Hudson Valley region and would like to set up your own receiver that can feed into the HVDN Locator project, please consider becoming an HVDN member and/or drop a note into our HVDN Slack channel.  Our system is only made publicly available during certain times of the day, whereas during other times, only our members can access the system.

The system even supports live weather data being pulled into the system too, which is fun to watch in real time as air craft need to change altitude to dodge storms, plus see how often specific aircraft hit crappy conditions by using the report generation tool found in the upper left hand menu drop down.

An example of a report is looking at historical military aircraft received by visiting milair.hvdn.org.

Getting an understanding of who is flying around allows for much easier audio monitoring on VHF and UHF channels that will be covered in future articles. 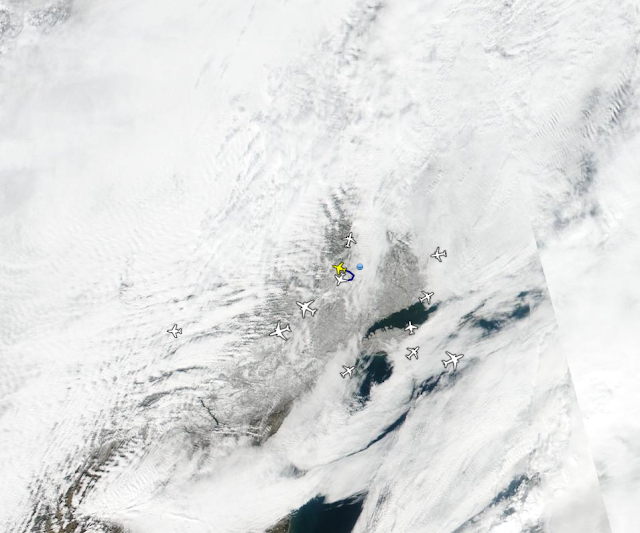