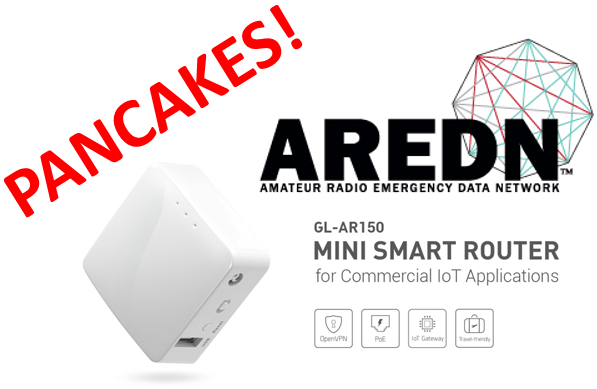 These cool little travel routers have been around for a few years made by a company named GL-iNet.

Higher speed models have come to market like the GL-AR750S which won the Innovation Honoree Award in the Cybersecurity and Personal Privacy product category at CES in 2019.

But what about the older AR-150 product?  Leave it to amateur radio enthusiasts to breathe some new life into older but very useful equipment.  It is now possible to run the alternative AREDN Mesh firmware on this great little 2.4 GHz only Wi-Fi device!

Different versions of mesh networking have been around under names such as HSMM, BBHN and now AREDN. A mesh network ensures that if any one node is removed from the network, the rest of the nodes can still talk to each other. This is called being fault tolerant and promotes network reliability.

Anyone who has been around Wi-Fi experimentation will likely remember the Linksye WRT54 series of routers that were easily enhanced with new firmware such as OpenWRT, Tomato and DD-WRT. Even with everything these other firmware add, they do not allow for mesh networking.

Amateur radio operators built on top of OpenWRT and introduced mesh networking features to these blue and gray Linksys beasts, but they all suffered from too little memory and not enough bandwidth to make them useful for modern mesh networking. 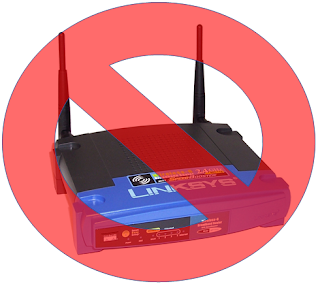 The costs of equipment by vendors like Ubuitity and Mikrotik have come down and found new homes in the amateur radio community along with the AREDN firmware. These offer faster speed, more on board memory and much higher transmit power for increased range.

Most people experimenting with mesh networking today have retired those old Linksys devices as evidenced by the different frequency bands in use across the AREDN Mesh Network that are permitted thanks to your amateur radio license. Many are now using Ubiquity, Mikrotik,  TP-Link and now GL-iNet gear. The goal of this article is to make you more aware of GL-iNet. So what about that little travel router?

The ARDEN Mesh project is pretty well documented and upgrading your firmware on older GL-iNet AR150 or more current devices could not be easier.  Have you since tired of MMDVM digital voice and no longer have a need for that cheap hotspot since you bought the OpenSpot2 or 3?

Here is your reason to do something with that old travel router!

The below video shows K2GOG and N2HVD's local mesh network in the Hudson Valley running a mix of 2.4 GHz and 900 MHz equipment plus a "virtual tunnel" connected into the WU2S mesh network down in New Jersey along with many others around the world.


Getting AREDN mesh on your travel router

If you are interested in this, head over to the links below for more information and see how easy it is to set up a portable mesh node now with nothing more than a GL iNet AR150 and laptop.

Oh, and if you are local to the Hudson Valley and would like to learn more about what you can do with a mesh network, perhaps a pancake breakfast at a local restaurant would be a good idea?

Check our event calendar for upcoming in person meet ups and other area technology happenings. HVDN has some big plans for 2020, so be sure to follow us.