International Space Station to be visible on Sept. 19-20

The International Space Station to be visible on Sept. 19-20. The key word being "visible" and is not the only time you can see the ISS though.

Radio amateurs can listen via wireless during most passes with the hope to either listen in during a scheduled astronaut contact with a school or to use the digital packet relay system known as a "digi-peater" to bounce short text messages through the ISS and back down to Earth.

The astronauts do not have much time for casual amateur radio operation, but you might be lucky if you give the station a call on 144.490 MHz in North America or 145.200 MHz elsewhere in the world. You will need to listen to 145.800 MHz for transmissions from the Astronauts.

Using different receive and transmit frequencies is known as split operation.  Astronauts have the ISS radio programmed the opposite was as you would on Earth.   The reason for this is to minimize interference and increased reliability.

The below photo is of a post card confirming a contact with the ISS and a local amateur radio operator.  The "QSL" card was sent from a ground station on Earth and was not dropped 220 Miles above from the ISS, if you were wondering. 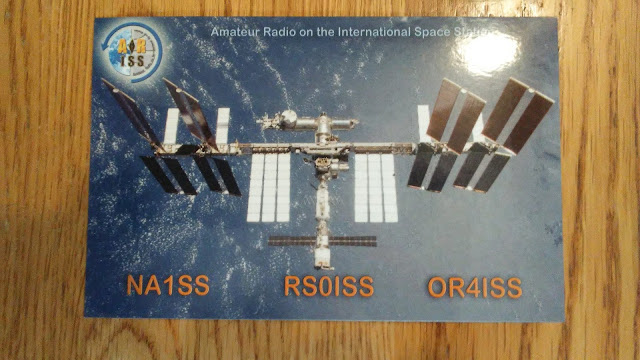 If you are interested in non-voice communication, tuning in to 145.825 MHz will allow you to receive APRS data through the ISS.  Your AX.25 capable radio will use the same frequency on transmit and receive.  A path of "ARISS" will help ensure your transmission is received by the ISS and passed back down to Earth automatically.

Applications such as "ISS Detector" for Android smartphones, tablets and Chromebooks work great to "predict" when the next pass will come over your area.  Apple device users may use "ISS Spotter".  Many computer programs also exist such as "Orbitron" for Windows users,  "Gpredict" for multiple platforms and "Nova" as being the three most popular or easy to use options.

There are also additional augmented reality and web based tracking tools available that are easy to find.

It is best to adjust your eyesight to the dark for at least 10-15 minutes before looking at the night sky. This gives your eyes some time to adjust for maximum viewing benefit.

On September 19th, the pass coming over the Eastern United States will track from South to North 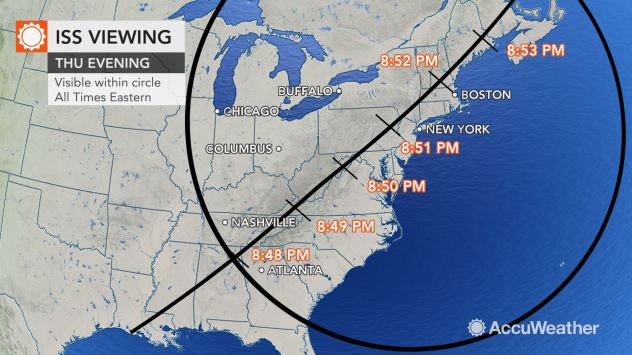 The following day at just about the same time will see the ISS pass over yet again, but just lower in the sky compared to the night before. 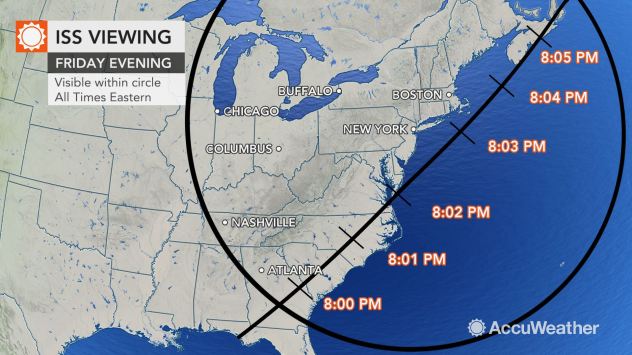 Beyond visual observation, it would also be good to keep an eye on the APRS activity via the APRS.fi website to see if radio amateurs are "bouncing" signals from the space station.

You can track the space station and APRS activity via the RS0ISS call sign which broadcasts from the Russian module of the ISS. It is not always active though.  The best way to confirm recent activity is by looking at the AMSAT satellite status page or by looking at the very active Facebook group focused on the International Space Station A.R.I.S.S experiments.

If anyone would like to take some pictures of the upcoming ISS pass, it would be great if they can be shared in the comments or emailed to info@hvdn.org for a future article.