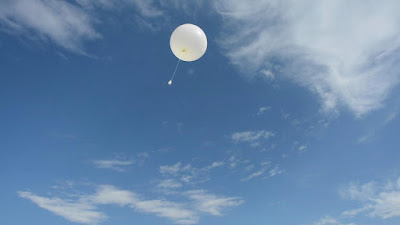 The Binghamton, New York headquartered, Triple Cities Makerspace intends to launch a balloon with amateur radio payloads on June 29th in order to promote the convergence of various hobbies.

The Triple Cities Makerspace, Inc., a 501(c)3 not-for-profit workspace and education center is launching a high altitude balloon to near space (100,000 feet) and transmitting photos of the atmosphere during the flight.  The most recent New York based amateur radio technology assisted balloon launch was completed by the West Point Amateur Radio Club on April 6th 2019 where it reached a transmitted elevation of 98,087 feet. 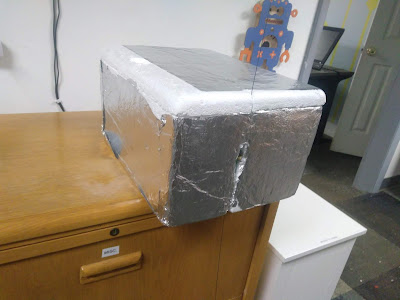 The Triple Cities Makerspace launch will take place on June 29th around 10:30 AM, tentatively depending on weather. The balloon will be tracked by amateur radio and also live photos during the flight will be transmitted back to the ground via amateur radio.

The group hopes that many radio operators will participate by listening in and uploading photos they receive to the project’s website: https://reachfornearspace.com

The flight is expected to last around 2.5 hours and the coverage area of reception within 500 miles.
Gary Dewey, an amateur radio operator (callsign KD2PYB) and member of the Triple Cities Makerspace, is leading the project. “I’ve always dreamt of going to space, but this could be the next best thing – building something that goes to (near) space. I hope this project inspires others to experiment and reach for their dreams.”

Gary further shares that they are using the MicroTrak-2001 from Byonics for APRS and will be transmitting on 144.390 MHz with the call sign KD2PYB-11.

For SSTV, they are using a raspberry pi zero with the pi camera, a pHAT dac for a sound card interface and inexpensive Baofeng brand radio for the transmitter. They will be transmitting on 145.600 MHz.

The pi runs a shell script set up as a linux service (just in case it reboots midflight) that takes a picture and formats it, then converts it to Martin2, then plays it out the sound card where it will be transmitted over the handheld.

Please look at https://reachfornearspace.com/ for the most up to date information about Gary's balloon launch.

For those looking to monitor this fascinating experiment, here are some inexpensive options for hardware and software on June 29th.

Any smartphone running the free Droid SSTV app simply held up to the speaker of any VHF receiver is capable to decode the image signals. This "technique" is known as passive coupling. For better signal decoding, a wired approach can be employed with the appropriate cable using the same software and interface to a smartphone or tablet.  There are too many desktop/laptop options to consider, but should be easy to configure.

For real time APRS tracking, the same passive method can be used with APRSdroid software or with an appropriate cable to interface the radio to a smartphone. Mode advanced options could include a Mobilinkd TNC2, combined with any 2m capable hand held radio.

A simple "whip" type antenna would be capable of receiving the signals, but a directional antenna such as a 3 element VHF 2m Yagi would be better.

This should be an exciting event.