How was it? February HVDN Meeting

Even with all the snow, ice, sub-zero temperatures and sporadic unseasonably warm winter weather, it was possible for just over 20 people to venture out on March 11th and take part in the first Hudson Valley Digital Network meeting of 2019.

What was on the agenda?

Our meeting inspired both the local maker community and national level of amateur radio leadership to have representation that illustrated first hand what amateur radio is all about as created by the Federal Communications Commission almost 100 years ago! 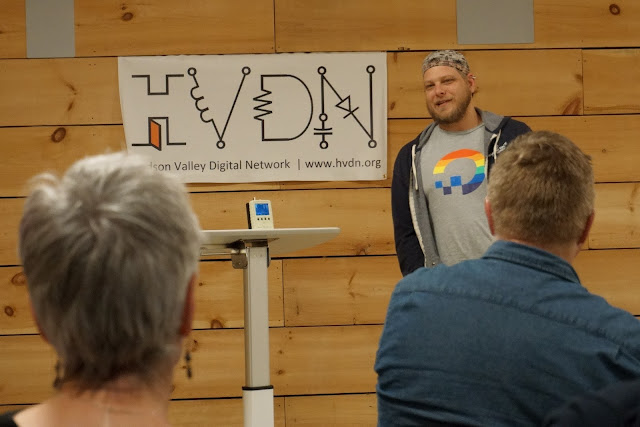 Because amateur radio is a federally licensed service, we have our own unique set of rules to follow. Part 97.1 of the FCC rules found in many places such as government, lobbyist and even legal academic websites such as New York's own Cornell Law School.

From the over 21,000 MHz of discontinuous wireless spectrum we are provided to the equipment, power levels and information we are allowed to transmit - there is so much that amateur radio can offer a wide range of hobbyists that goes unnoticed at times today.

The major draw of the evening in Rhinebeck New York at the ultra modern co-working space aptly named CO. were our two presenters. Sean Swehla of the Squidwrench maker group and rarest of rare contacts to ever make through "on the air" methods, talked about the upcoming (and nearly sold out!)  Build It: Oscilloscope & Signal Source event taking place on March 9th.

This upcoming event focuses on education about soldering and how many hobbyist groups can benefit through education of practical use of basic or advanced test equipment.

In comparison, our other presenter was Ria Jairam spends much more time making use of the wireless amateur radio spectrum compared to Sean who also holds an amateur radio license but they both have different yet similar hobby interests which is one thing that makes amateur radio great!

Ria holds the distinction of being the newly elected Hudson Division Director of the Amateur Radio Relay League provided a great presentation and insight as to the priorities of the ARRL at the highest levels including renewed focus around Science, Technology, Engineering & Math. 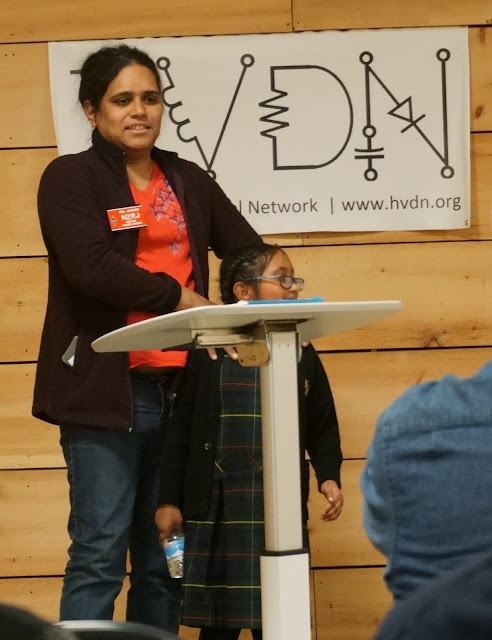 The Future Of Amateur Radio

The organizers and presenters of the meeting all agreed that the future of amateur radio is under attack if we as a community do not promote modern and relevant aspects of the hobby in an overly connected world we have come to know today.

The attending audience seemed to be in agreement and following the presentations during refreshments were many discussions covering topics including some of the following:

The next HVDN meeting will be on March 11th at 6:00 PM in Rhinebeck with location details at https://hvdn.org/meeting . Featured March discussions will likely include:

Anyone interested in suggesting future presentation topics or contributing in some other way (snacks, prizes, etc) for the future meetings, please contact HVDN at info <at> hvdn <dot> org