Edouard, F4EXB continues to release new revisions of his popular SDRangel software at a pretty healthy rate.  The 4.0.0-0 version introduces some new features such as:

SDRangel has turned into one of my favorite applications to be used with a range of software defined radios, including the inexpensive receive only dongles.  One major reason I like SDRangel is its very
easy to use ability to decode digital voice modes such as DMR using the DSD plugin that comes pre-loaded with the application.

Since my original review that got picked up on the RTL-SDR.com blog, there have been many versions since and the DSD plugin went through a rather large change before 3.14.x versions became available. 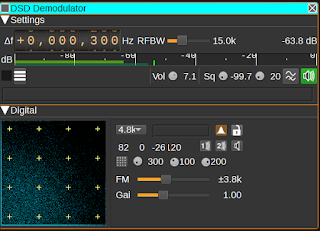 How To Use SDRangel in Windows

Running LINUX and getting certain applications to work for some may be a challenge, so one thing that is nice with SDRangel is that it comes compiled for Microsoft Windows.  As long as you have a modern computer (64 bit) you should have little issue with SDRangel running.

First you will want to plug in your SDR to your computer and run the Zadig program to replace the USB drivers that will get assigned to your SDR by Windows.  This process is documented here quiet nicely along with some other details in using software such as SDR#

Once you have your SDR working in SDR#, go ahead and give SDRangel a try. You can refresh your device sources and select it per below visual aid. 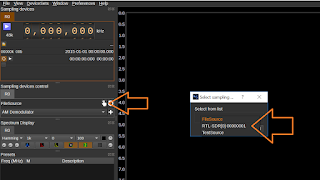 The most important thing in this article is where to download the software since not everyone understands how to find things on the GitHub website (Note:  Microsoft just shelled out 7.5 Billion Dollars for GitHub)

Here is the link:  https://github.com/f4exb/sdrangel/releases

All you need to do is download the "sdrangel_v4.0.0.7z"  and unzip it to your "programs" folder if you are using Win7 or Win10 64 bit version. The video tutorial from December 2017  is still accurate for more instructions about that.

Thats pretty much it for now on this, so give it a try. Here is a short screen capture of SDRangel decoding a DMR discussion on the popular TAC 310 talk group to show some idea on setting you may want to start with to optimize reception.