With the brief US Memorial Day weekend break over, the first post of June in the series will focus on ensuring the RF power sensor is calibrated for somewhat accurate measurements useful to the amateur radio community. Key design frequencies are: 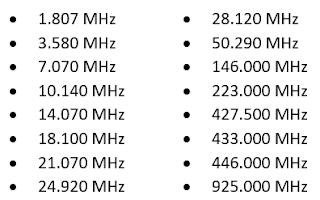 The frequencies chosen between the 1 MHz and 25 MHz were chosen because they are in the sub bands for digital text transmission modes such as PSK31 and FT-8.  Both modes have great signal to noise ratios and permit very long distance communication with low transmit power. Ensuring optimal antennas are used, especially for portable or temporary operation, is one use case for the field strength meter to get the most out of these most modern modes for those interested in HF communications.

The general theory in ensuring an S9 signal level can be generated at specific frequencies from a chosen distance from the transmitting antenna is how we will arrive at our calibration figures. The transmit power from the signal source will also be uniform at 37 dBm or the equivalent of 5 watts for all measurements to gauge the distance needed to generate the S9 signal level. 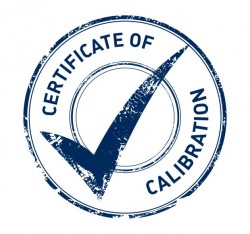