I may start thinking of Roger Clark as the "Wizard of Melbourne" because of all his work lately with improvement considerations for the Radioddity GD-77. 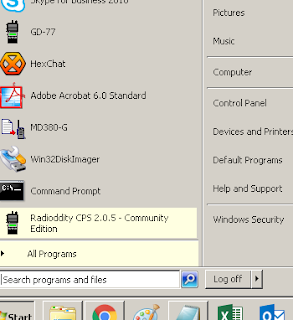 Plainly put, there are a few areas that make this a "love it or hate it" sort of radio such as:


For a $80 to $110 radio depending on where and when purchased, its actually a much better radio than it may appear.

The GD-77 does use the same charging cradle as the popular TYT MD-380 and speaker mic connections. A standard SMA antenna as found on radios like a Kenwood TH-D74, Yaesu VX-8, Icom ID-51, etc further allows for some interchangeability among accessories. 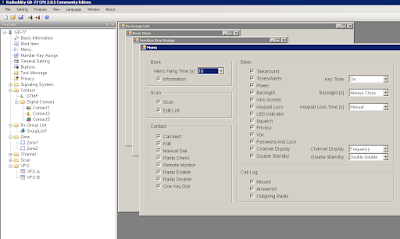 An issue with most all amateur radios was a lack of standardized programming software. It was common to need one or more software applications to program each radio.  The C.H.I.R.P  application changed that, but is not currently supporting any DMR radios or any digital voice radios for that matter.

A lot of the CPS for various DMR radios are not full function, or at least how we want them to be.

Roger's thought of making this vendor CPS an open project is a really great idea.  Looking forward to where this goes!